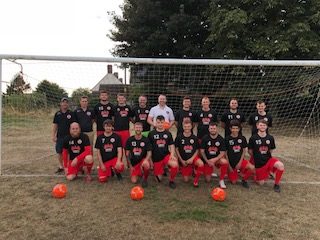 Faringdon Town hosted Wallingford Town in the Berks and Bucks Senior Trophy, with beautiful conditions and the pitch looking good it was ideal for a good game. Town started well and seemed confident and comfortable against their higher league opposition.

Our shape looked good and as the game grew both teams were a bit cagey. Town created their first chance from a diagonal ball by Elliott Day into Adam Sly, his good work found Tommy James who had a great run and dangerous cross that was cut out. A couple of times town were caught out defensively but managed to see out any real dangers. A couple of brilliant recovery challenges made and some great covering as a team was pleasing.

Town’s captain Matthew Pill played a lovely cute ball again through to Adam Sly who couldn’t quite take the ball in otherwise would have been in on goal.
A free kick on the edge of the box for town resulted In a corner, from this Town caused confusion and the pressure back post from one of our players forced the Wallingford player to put the ball into his own net. Town 1-0 up. A good time to score with us going in at halftime ahead.

We spoke about Wallingford coming out after halftime and upping their game. Which was exactly what they did. Town under pressure for the first ten minutes. We did look good on the counter in this period and Adam sly sliding the ball into Ryan Bradbury who’s chip over the keeper going a yard wide, a good chance for us to double our lead.

Still, under pressure towns keeper Lee Ruddle made a fantastic save that kept Town in front. Corner, from this a disallowed goal for Wallingford for offside, looked the right decision. Town again on the counter put their best move of the match together, 5 or 6 players involved with some clever passing resulted in a shot from Ryan Bradbury but a good save by the Wallingford keeper.

Ten minutes from time Town conceded the equaliser, a couple of our players out of position was capitalised on. A smart run from the Wallingford player got him into the box, his shot going in near post. 1-1. Normally Town would collapse at this point but we didn’t, we created one more great chance.

A cross from captain Pilly looked as if forward Rob Owen was going to head towards goal but he took a great touch bringing the ball down into his path just on the corner of the 6 yard box, his quick feet done the defender and from a tight angle managed to scoop a shot just over the keepers legs into the near post and over the line. However, with everyone celebrating and the Wallingford players stopped the ref didn’t award the goal! It was in by a few yards with the Wallingford captain and keeper saying it had gone in. The linesman didn’t give it so it was down to the ref, over 50 people could clearly see it was in. Really disappointing way to end the game.

At the final whistle, the game went straight to penalties. A really entertaining penalty shootout with some great penalties and smart saves resulted in town losing 5-6. A real shame but a great game.

Overall really pleased with how we played, best performance from us by far. Collectively and individually spot on. Worked hard for each other and played some great football at times. Knew a performance was just around the corner and hopefully this kicks us on going into the next run of games. All credit to the lads. Shame the ref didn’t give us the goal at the end but otherwise he had a really good game. Thanks to Wallingford management and players who were very complimentary about our performance.

Man of the Match: Could be any one of the 14 this week which was pleasing but for me. Tommy James – showed great desire and energy in the middle of the pitch, didn’t stop from the first to the last minute and showed great quality at times. Superb attitude. 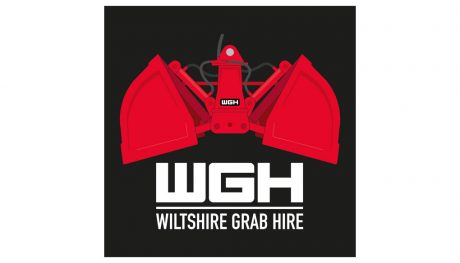 We’re delighted to announce ‘A’ team manager @LFarmer93 and his wife Helle added a future Faringdon Town player to their ranks this morning! Baby Blake and Helle are both doing well!!

Congratulations from all at FTFC!!

Happy New Year everyone. Here’s to getting some football in, in the not too distant future!

Merry Christmas to all our supporters, players, and friends!
Have a great day and stay safe everyone!

We’re gutted to see @harryhammerSN7 step down from running the reserves, but fully understand and respect the decision.

Thanks for your efforts Martin.

I’ve had to end my time as @faringdontownfc Reserves manager.

I am committing my time to @Ella_Harries5 & @LilyHarries6 and their own football exploits...

I will still be involved with the club in the background.

Cheers to all the players who turned out for me!!
#thedon