After a complete washout again last week, the 1st Team are without a fixture. Allowing the Reserves to take centre stage at Tucker Park, with Watlington Town the visitors for a War Memorial Cup tie. The A-Team are also at home versus Hagbourne Res for an NBFL Div 4 fixture.

Faringdon Town Reserves host fellow Div 2 team Watlington Town. Watlington sit one place above the Don in 8th but have played 2 fewer games and have 6 more points. The Ressers have seen performance improve over recent weeks, most recently a 4-1 victory over Benson Lions. Andy Munns with 2 and Mark Loveridge and Ryan Bradbury with the others. This will be the teams first meeting of the season, so they will be getting familiar 2 league fixture coming up in the coming weeks.

Adam Holloway is the man with the goals with 7 from 14 league and cup appearances for Watlington. His nearest rival is Jon Little with just 3 from 15. Top scorer for the Ressers is Mark Loveridge with 7 from 13. The visitors beat Marcham 4-3 on penalties after the game finished 2-2. The Ressers overcame local rivals Uffington 5-1 to set-up this quarter-final tie. With a full squad to pick from Andy Tranter will be confident of progressing to the Semi-Final with Harwell Village or Blewbury the potential opponents. Kick off – 2pm

Faringdon Town A-Team play Hagbourne Res on pitch 2 with the As currently unbeaten in 3 (2 wins, 1 draw). Dan Pugh will be looking for his boys to extend this run of good form. Having already beaten Hagbourne 3-2 this season, goals that day came from Andy Lynham, Dan Courtenay & Dom Wills. Hagbourne have lost 10 of their 13 league games with 2 wins and a draw for their 7 points. Town have won 5 lost 4 and drawn 1 over the 10 league games so far this season.

Jason Evans has found his goalscoring form again, scoring a hat-trick against Steventon to take his tally to 11 for the season. James Murphy is the top scorer for the visitors with 8 from 7. Kick off – 2.30pm 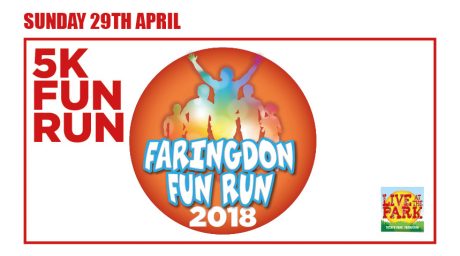 Sign up for the Faringdon Family Fun Run here