The enigma of an away victory still lingers over Faringdon Town Vets this season after last night below-par performance at Didcot Town Vets.

The squad arrived at the GWR Loop Meadow Stadium in high spirits and had the luxury of a brand new change kit, kindly supplied by the team sponsor EllisKnight Bespoke Recruitment. The fines were flowing in nice and early as four of the lads managed to clear the stands in the kick about, prior to kick off! The game started and Town were on the front foot with leading scorer Paul Smith getting at his marker and firing a left-footed drive on the angle, just wide of the right hand upright.

Town were subdued in everything they did though and had the first warning on seven minutes when Lee Ruddle in the Town goal made a point-blank save with his gentleman’s area….From the resulting corner Town won back procession but immediately gave it away and a quick ball into the lively number 10, saw him round Ruddle, for an easy tap in to put Town 1-0 down.

Town were struggling to put any passes together, however, on the quarter of an hour mark, Smith’s pinpoint cross from the left evaded the head of the opposition fullback, where it found Phil Thompson whose first touch amazed us all, however his second didn’t and his shot failed to test the keeper. Didcot were lively and kept the ball well, with Town giving them far too much space and time, but they didn’t create any clear openings.

With ten minutes of the half remaining, Colin Yates crossed the ball from the right hand side to the far post where skipper Gary Sutton and Smith were free. Smith called and got his header in, but it was straight into the outstretched arms of the Diddy keeper.

The sides went into the changing rooms for the half time break, to gather their thoughts and warm up on a bitterly cold evening. The Town management were adamant the side had more to give, with last weeks performance, aggression and spirit still in peoples heads, a result was there for the taking on the 1st half showing of both sides.

However, Town had the wind knocked out of their sails as Smith gave the ball away in his own half and Didcot broke past the Town backline and the Diddy number 10 claimed his and the sides second of the match. Town made a number of changes and the fresh legs gave us a bit of lift with Chris Roche having a good run and shot saved by the man in pink, whilst Dave Legg ventured forward from left back, hitting a nicely struck volley, but wide of the target.

With 15 minutes remaining it was game over, as an in swinging corner met the head of Pat Graham and his attempted clearance found the far post for a 3-0 lead to the home side. Town were down and out now and the rest of the game was played out with neither keeper being troubled and Town could only wallow in their own self-pity.

Town Gaffer Martin Harries couldn’t explain the performance from his side “Last weeks draw with Aylesbury and today’s match are like night and day in comparison. Last week we wanted every ball, talked to one another and were organised. Tonight, total strangers, yet there was only once change in the whole 16 man squad from one week to the next!”.

MOTM: Dave Legg & Glenn Townsend (Never gave up and both won some important tackles and interceptions)

DOTD: Pat Graham (Bad day at the office, paid for a new kit, incorrect sponsor logo, cleared the stand in the warm up and notched an OG!) 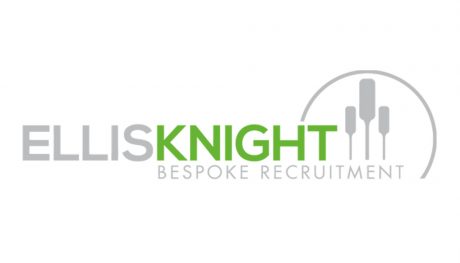